An accumulation of apparatuses is manifesting in my studio space / laboratory.. almost ready to put these elements together for a high / low frequency / voltage audio / visual experiment!

In themselves these artefacts appear to emit a kind of tension / frustration / excitement.. and I must wait yet another week to conduct the experiment. As the MOF project director says, “doing science can be a slow process!”

Meanwhile I have been trying to extract my own light-emitting chemicals in my backyard lab… Cinchona calisaya is a herb which contains the fluorescent chemical quinine. Grinding it up and cooking it down produced a sickly smelling paste that glows under UV light and keeps the malaria at bay. Cheers to DIY! 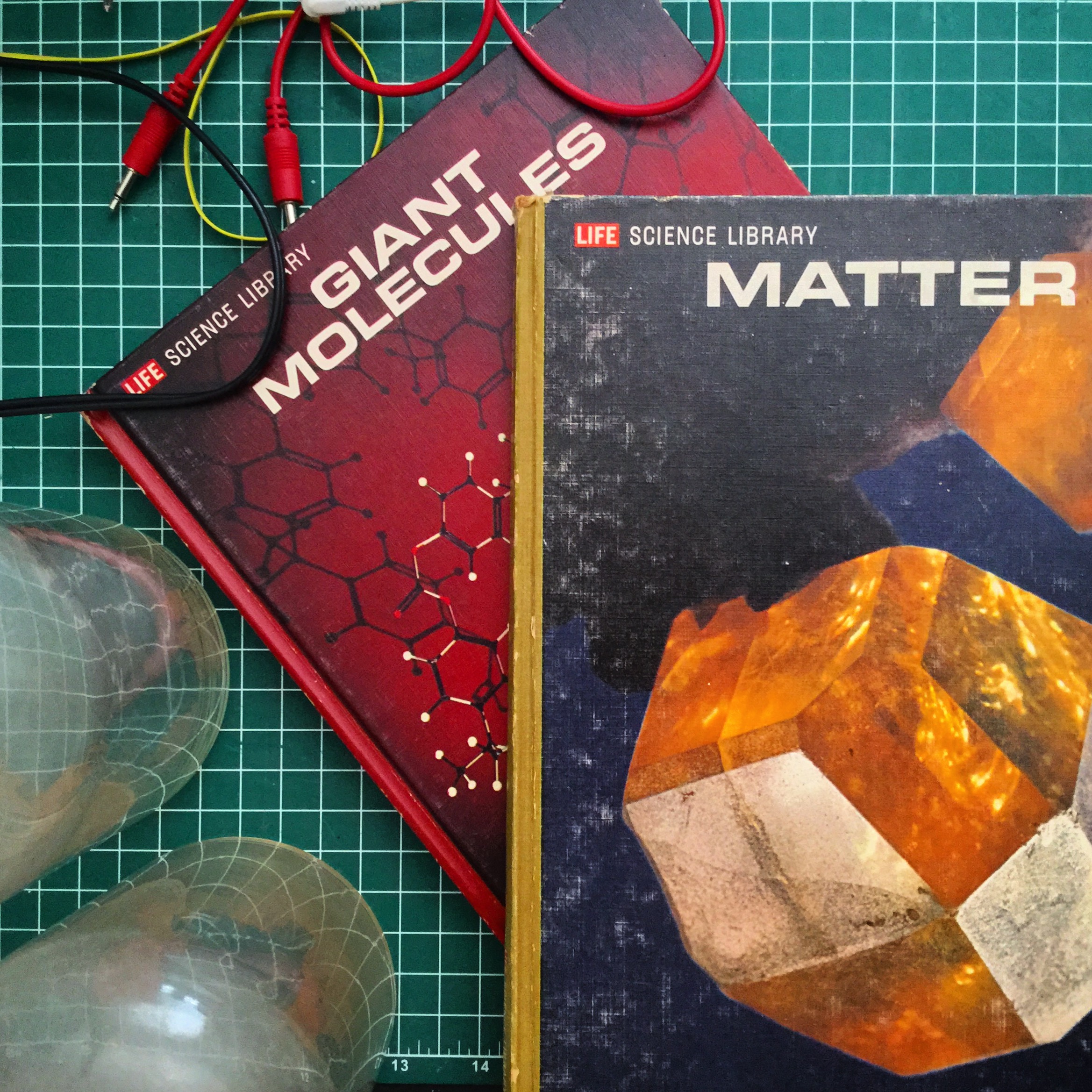 Whilst I wait for a metal disc to make the megasonic experiment work, I’ve gone back to the library, and there’s some great precursors to this kind of chemical programming…

Perhaps the first liquid computer was the “Water Integrator”, a soviet behemoth created 1936 by Vladimir Lukyanov, which was soon followed by the MONIAC (Monetary National Income Analogue Computer), a liquid computer system created in 1949 by the New Zealand economist Bill Phillips. The name itself is a kind of play on the early computers ENIAC and MANIAC (which disturbingly was named after it’s use as a simulator for nuclear bomb detonations). MONIAC was used to simulate the British economy (which seems to have recently sprung a leak), and one was possibly used to control the economy of Guatemala! Is this where the term “financial fluidity” originates?

In an inversion of the computer-aided chemical design undertaken here, rogue scientist Lee Cronin is working in a realm of research called “inorganic biology”, which sounds a bit like the bio-horror movies of David Cronenberg. Cronin believes that creating true artificial intelligence is impossible just using silicone wafers (i.e. digital computers), so he’s trying to do it with chemicals that can interact in ways that approach the molecular complexities of a human brain. Watchout!

Speaking of material suffering, entropy and such variables, there is a little library here all about corrosion..
it’s quite a difficult read, especially the one on “corrosion fatigue”! MOF mutations pulled forth from chemical reactors, fused into new forms and enframing themselves like exquisite corpuscles. Do the MOFs suffer during such processes? Does all matter suffer?

Going back to the roots of science and philosophy, the pre-socratic philosopher Empedocles postulated that all matter is comprised of four eternal elements (he called roots) – earth, air, fire, and water. These are drawn into forms by the opposing forces of love and hate. Love is a force of attraction, bringing elements together in chance combinations, whereas hate is a repulsive force and separates the elements. Forms are created and mutate by combinations of chance and adaptation (a kind of natural selection).

In this light, the scientists at the CSIRO are driven by love for their MOF creations and try to create unique and stable combinations. Sometimes it seems like  there is an ongoing Empedoclean battle between love and hate, with  the struggling and suffering  produced through this process manifested as the matter of the world.